I’m usually one to stay optimistic, but 2019 seemed like it had it out for us. From car thefts to falling trees to grandparent farewells to Henoch-SchÃ¶nlein purpura, it’s been a bit of a year. We endure, of course, because what else are we supposed to do? And we give thanks for the advantages and privileges we do have, for our jobs and our insurance, for all the love we receive and the love we give.

Over the past few weeks, as I’ve seen many end-of-the-decade sentiments shared, I’ve tried to think back on who we were in 2010. The Dai family at the start of 2010 was just the two of us, eagerly, nervously expecting our first child. In many ways, our family has changed drastically. We’ve grown our numbers by 100%. We’ve slowly, painfully lost extended family. I’d call us a family now, whereas I’d have called us a couple back then. I was personally quite blind to many of the deep-rooted systemic ways in which our country and culture assigns different values to different humans.

And yet we also have not changed. We live in the same place with our same jobs. We are still eager and nervous about our children and their future. We still sing to musicals in the car, just with more voices now. We still try to awkwardly define what it means to be a Chinese-American family.

But who am I to defy a meme? Let’s wrap up this decade, one picture per year and finish up with some 2019 highlights. 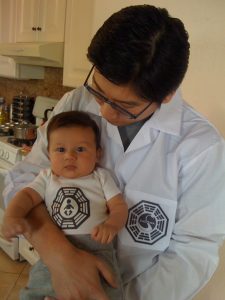 Simon was born. LOST ended. I imagine that our lives changed drastically in 2010 with Simon’s arrival. We started centering our lives around our child, started traditions like visiting Santa at the tree farm each December. I imagine that we didn’t know what we were doing. We still don’t, not really, but I think the truth is that that’s normal. 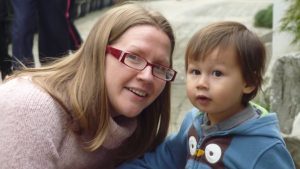 Our new 3-person family visited China, where this adorable picture is from. Simon had celebrated a happy first birthday earlier in the year and before the year was done, Cecily would be on the way. After a year where we had voluntarily sequestered ourselves at home, we traveled quite a bit. Simon visited both Portland and Shanghai. We stuffed him full of experiences – zoos, Skyline, baseball games, circuses, beaches, snowy farmland – because that was the best way we could think of to show him our world. 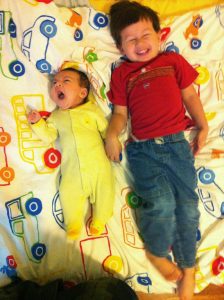 Of course, just as we were starting to figure this whole parenthood thing out, we decided to have another child. Cecily joined us mid-2012 and gave our family exactly what it always needed. Katie turned 30 and bought a bunch of frozen steaks (ask her for the story sometime). As tots, the kids never really fought. They’ve always been a team, through thick and thin. I also totally forgot that we got the Prius this year! I think that means 2012 is the year we actually became certified Californians. 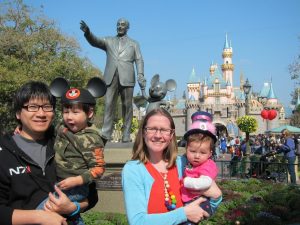 We visited Disneyland – a first for the kids and a fairly magical experience for us adults as well. I turned 30. Cecily turned 1. Friends were having children as well. With Simon, it felt like we had stepped out of the social circle at the time, but as more couples had children around the same time as Cecily was born, the social dynamic shifted once more. Mother’s and Father’s Day became actual holidays for us. Playdates became a thing. Simon, meanwhile, started going to preschool. He was spending time without us and it was both freeing and terrifying. 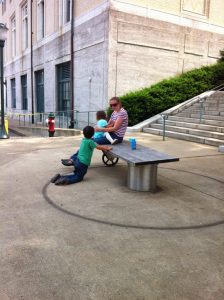 We went back to where it all started. After I had awkwardly asked Katie out after we wrapped a show, these circle benches were where – a few weeks later – she decided saying yes wouldn’t be the worst idea. I think 2014 may have also been the first Kid’s Day (though likely was also split into Boy’s and Girl’s Day back then before we smashed the gender binary). As 2014 wound down, I would have my own real-life version of The Farewell as I made a quick post-Christmas trip to China to say goodbye to my dying grandmother, who we were very intentionally not telling about her sickness. 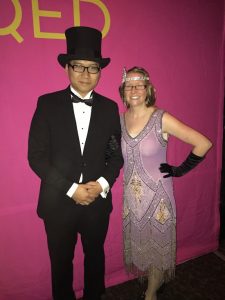 God, I love this woman so much. We probably don’t get out as much as we could because our parental inertia keeps us home, but I enjoy and treasure every moment that I get to spend with Katie. In 2015, we got tickets to a special KQED Downton Abbey party and we dressed up and didn’t win the costume contest even though we clearly should have. 2015 was a fairly busy year. We went to Disneyland again with Katie’s parents. We went to South Lake Tahoe and Yosemite with my parents. Simon learned to ride his bike. I started performing improv again. We got an Olive Garden never-ending pasta pass. Like I said, a lot. 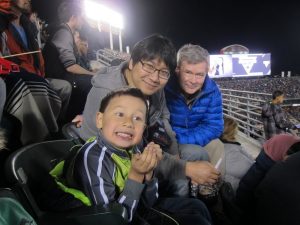 This was our last full year with Katie’s dad and I’m glad he was a big part of the great memories from this year – from joining me and Simon at Monster Jam to snorkeling and getting pulled onstage at a luau in Hawaii during the summer. Looking back at my pictures, I can also tell you that Cecily had a cute short asymmetric haircut and Pokemon Go came out. We also visited Legoland and West Covina and the rainiest performance of The Winter’s Tale ever. Oh, right, and there was a little presidential election that has radically transformed how I think about American democracy to the present day. 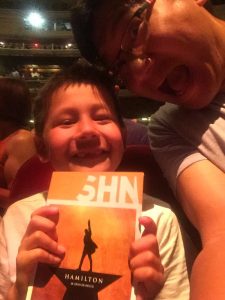 This was the year we lost Katie’s dad, and amidst the grief and loss and general sense of helplessness, Katie won the Hamilton lottery on Father’s Day, which meant Simon and I got to watch it from the front row. At the end of the show, as everyone rose for a standing ovation, Simon couldn’t because he was overcome with tears, because Hamilton died before he should have, because he didn’t get the gift of time that so many of us forget we are given. I drove an RV through northern California. Cecily started kindergarten. We spread ashes in the Pacific at Christmastime. 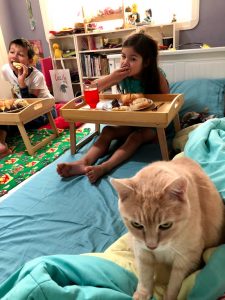 I mentioned Kid’s Day back in 2014. It’s a summer holiday in the Dai family, usually falling somewhere between 2-6 weeks after Father’s Day. After seeing each of us get a day where we were served breakfast in bed, they wanted a day where they would feel as pampered. It was a sensible argument – being a kid is hard work, too. But there’s also the sense of wonder and joy we get to experience as parents. Kid’s Day is now a yearly tradition in our house and it came about because we let our kids lead the way. Other than that, 2018 wasn’t that long ago. You can just go look at the entry. We went to Glacier National Park. My parents bought a house in Monterey. 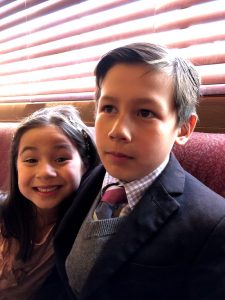 Somehow both our kids are now adults. I mean, look at them. This was just a random spring day when they decided to dress up so we could go to brunch but then the brunch place we chose was closed so we had to choose a new brunch place. Simon also had a Halloween-themed birthday party in February because when you know what you like, nothing can get in your way. 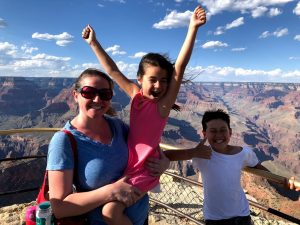 As summer rolled around, we had a fantastic trip to the Grand Canyon where we got to meet up with our college friend Laurel (she’s one of the good ones) and then turned around and had a fun trip to China (including a few days at Disneyland Shanghai). Also, someone stole our car from out of our driveway! 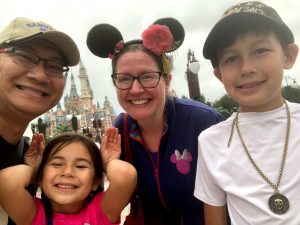 For Kid’s Day, we went to Alcatraz! Cecily had an Easter-themed birthday party! The rental car we were using because of one stolen car and one in the shop was vandalized and a window was broken! 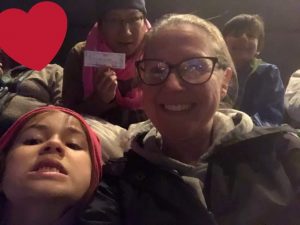 Katie and I have been going up to Ashland, Oregon to see shows at the Oregon Shakespeare Festival for probably about a decade now (though we ramped up attendance 5 years ago) but this was the first year we felt that the kids were ready to join us at the shows. It was a wonderful experience, even if their very first show was Macbeth (don’t @ me). The fall concluded with the large tree in our backyard falling down in a high wind and obliterating a fence! 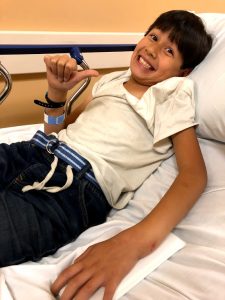 Let’s wrap up the end of the year quickly: Katie’s grandmother passed away. My grandfather passed away. Simon fractured his wrist. Simon is maybe halfway through a bout of HSP as the year ended. Bring on 2020. Please!

No resolutions for me this year. I just don’t have the energy. I will try to write up some recommendations over the next few days, though.