In a small attempt to atone for the complete dearth of judgmental media snark in our annual family missive, I will now lay out for you a recommendation (or two) in several categories of media. If we’re on speaking terms, please feel free to engage with me in a dialogue over any of these – I understand that blanket recommendations cannot cover the nuance of individual opinion.

If we’re not on speaking terms, please send a strongly worded letter to my people, and we’ll see if we can’t iron out our differences somehow. With that, here are my movie, show, podcast, and book recommendations for 2017. 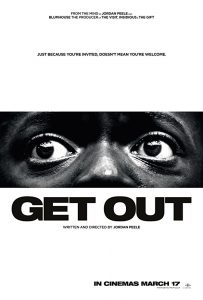 Get Out
I watched Get Out twice last year, which is two more times than I normally would choose to watch any movie that even sniffs of the horror genre, and each time I was completely taken by its pitch-perfect use of racial tension and its portrayal of the writhing, lurking danger of whiteness that I was able to genuinely laugh and gasp and cheer.

In a year when it felt like we all may have gotten stuck in the Sunken Place, Get Out manages to harness the very real danger of dating/living/creating while black into 100-odd minutes of near-perfect cinema. 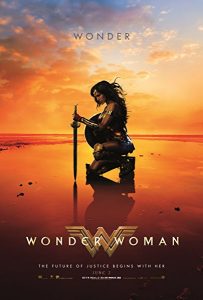 Wonder Woman
I started this year as the kind of person who said things like, “I think I’m over superhero movies.” But then Wonder Woman happened. I feel weird when I’m in a group discussing Wonder Woman because I have a hard time articulating exactly why I liked it as much as I did. Yes, it has third-act problems but so does every. single. superhero. movie. ever. made.

Maybe it’s partly because I miss seeing Gal Gadot regularly in the Fast and Furious franchise. Maybe it’s the lush shots of Themyscira that open the movie and flow into the tightly-edited battle on the beach. Maybe it’s that when Diana steps out of the trench with her shield and her theme music playing, my eyes well up as if I’m watching a superhero movie for the first time, but I can’t figure out why. Maybe it’s because this movie has so much heart and so much sincerity and so much purity in a time and age when we’ve been told (especially by our superhero movies) that sincerity is to be mocked and heart gets you killed and purity is boring. Well guess what? They’re wrong. All that stuff? It’s wonderful. 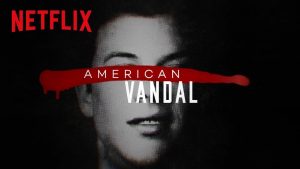 American Vandal
I’m going to explain what this show is to you, and you’re going to snort with disbelief or scoff with derision, and that’s fine. But then, one evening, you’ll start watching it and you’ll understand.

American Vandal is a mock-true-crime series (spoofing, say, season 1 of Serial or Making a Murderer) about an act of vandalism at a fictional high school where someone has graffitied 27 images of dicks on the cars of teachers in the parking lot. The alleged perpetrator – a troublesome teen named Dylan Maxwell – has been accused, but some of his schoolmates make this series in attempt to get to the bottom of the mystery.

It’s a hokey premise, but boy oh boy does this show know what it’s doing. From the perfect skewering and tone-matching of Serial to the realistic, believable performances from everyone involved, to the actual well-crafted mystery at the center of this whole ridiculous conceit, American Vandal is perfect. It’s perfect. I don’t care if you don’t think it’s for you – I’ll wait while you go watch all 8 half-hour episodes. After episode 3, you may think, “OK, Scott, I get what this is doing.” NO. GO BACK. WATCH IT ALL. 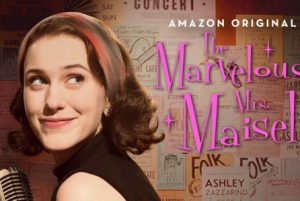 The Marvelous Mrs. Maisel
Katie would give me grief if I didn’t mention Maisel as well, which is certainly the show that she enjoyed the most this past year. It’s a charming, witty, fast-talking show about Jewish families and stand-up comedy and attempting to be an empowered woman in the 1950s. It’s from Amy Sherman-Palladino of Gilmore Girls fame, but its larger cast means less strict mother/daughter focus and Mrs. Maisel’s age means the relationship drama is of the grown-up kind.

With only 8 episodes to round out the season, it can feel like a bit of a roller coaster of new characters, situations, and developments, but the show is lighthearted and funny throughout and – in addition to the passionate Rachel Brosnahan as the titular character – stars many wonderful supporting actors. Everyone is having fun on this show and it’s hard not to join in. 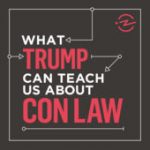 What Trump Can Teach Us About Con Law
If there’s one thing that this first year of Trump’s presidency has brought us in the podcast space, it’s a barrage of podcasts about his presidency, policies, supporters, and resisters. The news was fatiguing enough, and I found myself even skipping over certain weeks on my favorite political podcast with a muttered, “ugh!”

But when 99% Invisible’s Roman Mars started this side project, I found that it walked the line between informative, chilling, and humorous (which, coincidentally, are the top three words people use to describe me). It’s hard to resist a podcast that takes specific current actions our president is taking and looks at them through a constitutional lens and manages to teach using both text from the document and supreme court cases. It’s easier to follow than it sounds and it’s a great litmus test for the question I often asked myself in 2017: “wait, is that normal?” 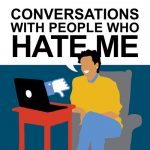 Conversations with People Who Hate Me
Dylan Marron makes good content. Maybe you watched some of his stuff – his Unboxing, Every Single Word, or Shutting Down Bullshit videos. He tackles issues of representation and oppression with humor and humanity, and his podcast is no different.

Dylan calls up people who throw hate-filled invective his way (as comments or messages) and engages them in a conversation. His attempts to find places of commonality while still pushing for a way to teach empathy is both surprising and inspiring. His reminder that people on the Internet are still people first and foremost is important. For all the ways in which the media have tried to get us “elite liberals in a bubble” to understand “working class America,” Conversations is still one of the only places where I’d call it a success. 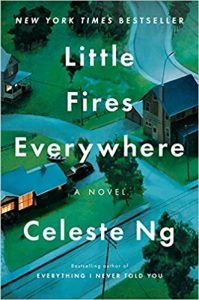 Little Fires Everywhere
I know I’m not breaking any ground here by telling you that Little Fires Everywhere is a fantastic book. I probably could have poked around my reading log a bit, picked something more obscure like 300 Arguments to toss up here, but I want to honest: sometimes the book of 2017 that everyone is raving about is the real deal.

There were several passages late in the book where I had to pause, slipping my hand in between the pages to hold my place, and take a few deep breathes because of how invested I was in the emotional well-being of the characters that Celeste Ng had created. I don’t remember the last time a new book did that to me.

There’s so much here, and it’s all woven together beautifully. The specificity of the privilege of Shaker Heights, Ohio. The panoply of emotions that come with having a child and the constant voice that suggests you may be doing it all wrong. The forging of an identity as a teen, looking for truth and guidance and happiness everywhere you can. The otherness of being anything but white in a world so white it gleams.

OK, that’s all for tonight. I’ll write up my fave games of 2017 on my gaming blog and post it in the next few days.